The Runner’s High Vol. 11: The Rise of The Ultras 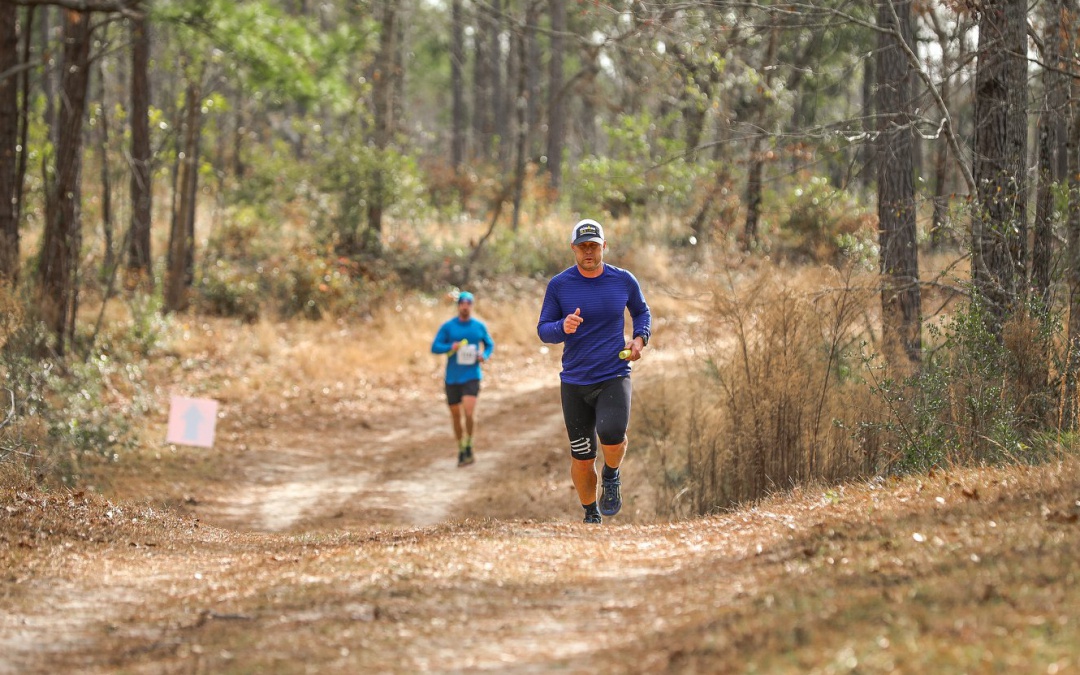 Those were Tom Clifford’s words as Russ Leaptrot rounded out his 24-hour effort to win the Southern Tour Ultra Last Man Standing event in mid-January.  Tom has directed plenty of races, but this was no doubt his first time closing out an event with a sentence like that.  Russ had left an impression, to say the least.  Not just on Tom, but on all of us.

The distance was impressive.  What may be more impressive, however, is that Russ had officially won the race approx. 17 miles earlier after finishing his twentieth 4.167-mile loop in 20 hours.  I competed in the race that day and after battling a muscle strain for most of the event to make it to the final 2, I called it quits after 19 hours. This meant that Russ only had to complete one more loop to earn the title of “Last Man Standing.”

But Russ had unfinished business, having shown up with a personal goal of running 100 miles.  So, he pushed on, gaining the respect of all who were lucky enough to witness it in person, along with everyone else who was following on Facebook Live.  It was a sight to see and something I will never forget.

Now That’s What I Call Growth!

Russ’s story may not be as unique as you would think.  Every weekend, all around the world, people are breaking barriers, covering incredible distances, and proving to themselves that they can do more than they thought than they could.  The age of the Ultra-Marathon (distances longer than 26.2 miles) has arrived, and it appears to be just getting started.  According to The State of Ultra Running 2020, there was a 1,676% increase in ultra running participation between 1996 and 2018, growing from just 34,401 participants in ‘96 to 611,098 in ‘18.  You can see from the graph below just how quickly it is picking up steam! 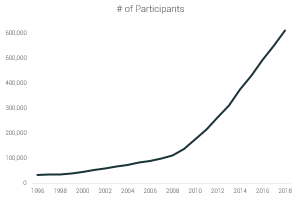 What Does This Mean for Us?

With growth comes opportunities.  As the market for ultras continues to expand, Race Directors are getting more creative with course design, race formats, and even multi-event festivals.  One of the more exciting trends is the mixing of traditional distances and ultra-distances in a single venue.  This fosters increased camaraderie between the different running communities while also introducing many runners to the world of ultra that may never otherwise attend an ultra event.  As Tom Clifford notes during one of our recent Podcasts featuring the Southern Tour Ultra, it helps to plant the thought that “maybe this is something I can do someday.”  As someone who fell in love with ultras several years ago, that, my friends, is music to my ears.  I find nothing more fulfilling than witnessing someone tackle a distance that they once thought was impossible.  Because I know exactly what it feels like.

Now Is the Time

So, if you are reading this and have thought about making the jump to ultras, or even just want to explore the idea, now is the time!  Here are 3 events in the local Wilmington area that you DO NOT want to miss this year:

See You on The Course!

And with that, I can’t wait to hopefully share a course with you soon.  If you have any questions, would like to share your favorite event or are not in the local area and would like to discuss potential race options, please reach out!  I could talk ultra running all day, every day.